Tough game: The quarter finals of the tournament saw some thrilling fixtures

After two months of lockdown, the quarter finals of the Lebanese Expats Basketball Championship took place at Al Wasl Sports Club, with hard-fought victories for Byblos, Baalbek, Beirut and Zahle.

Baalbek edged a hugely competitive match against Tripoli 68-63, with Mohamad Attar as the MVP of the game.

In the second quarter final game, Byblos was victorious over Tyre, thanks to an inspired display by the dominant Will Bechara. The third quarter final saw Zahle dominate against Jounieh, largely down to a great display from Karim Tabaja. In the last game of  round, Johnny Nemer lead Beirut team to the next round with victory over Saida. 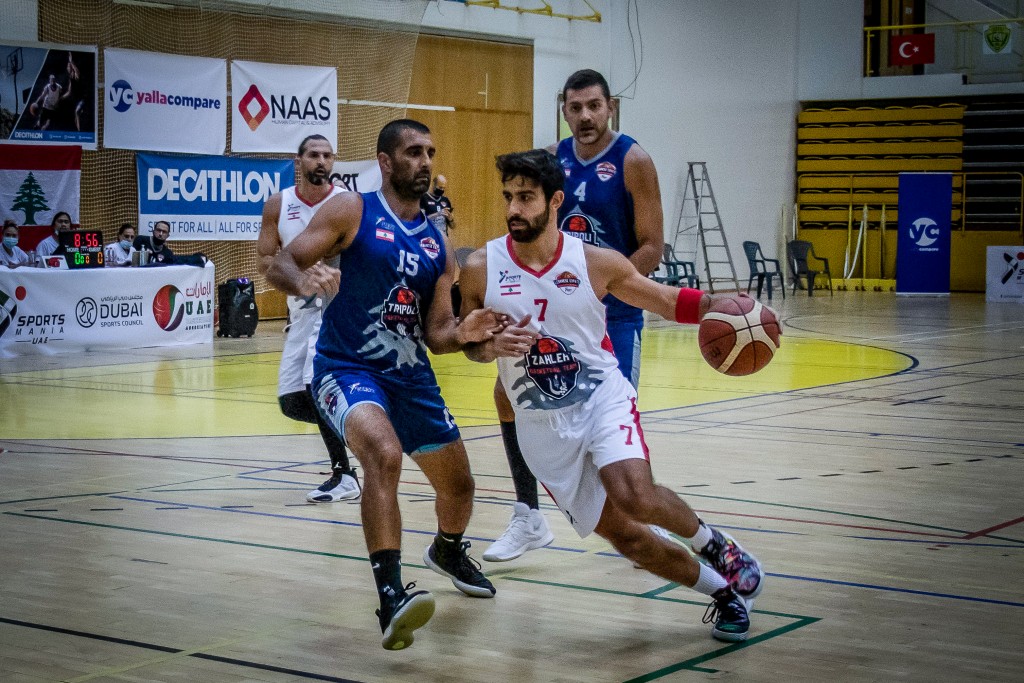 Nearly there: The semi finals take place Saturday 8th May

All games are played under the supervision of the Dubai Sports Council and UAE Basketball Federation. MVPs each won a 200 AED Decathlon voucher.

The semi finals will take place on Saturday May 8, 2021 as Byblos will face Baalbek and Zahle will take on Beirut.